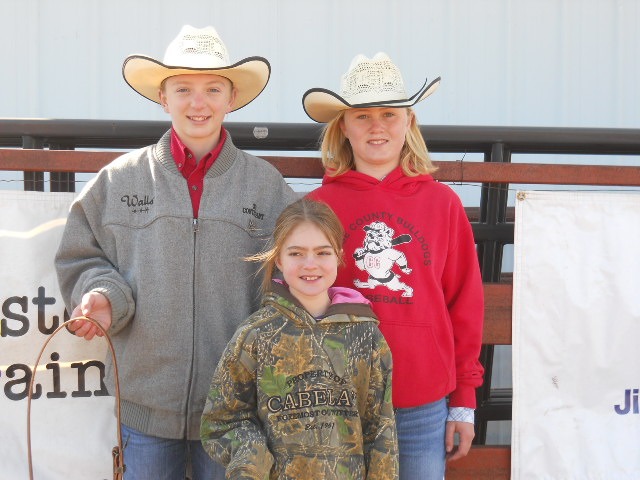 The Paddy Creek Ranch team of Bailey Allen, Heather Patry and Cole Wilson was second in the youth rodeo.

Awards for the Youth Ranch Rodeo were sponsored by the Charles Blosser Memorial, with stipends to each individual participant, and engraved working-awards to members of the top two teams.

En route to top honors, the champion team was first in team penning and steer branding, while being second in double mugging, and sixth in team roping. In addition to payback checks, each cowboy received engraved trophy spurs.

Second place was collected by 2i Feeders of Lyon County, with Jason Gibson, Grady Gibb, Clint Bohn and Adrian Vogel as team members.