It’s time for a celebration at the “Little Town on the Prairie.” That’s the 125th anniversary for Alta Vista, Kansas.

While many rural Kansas communities started earlier, and at about the same time, no longer exist, Alta Vista continues with stable population, an active business district and the always-critical schools. 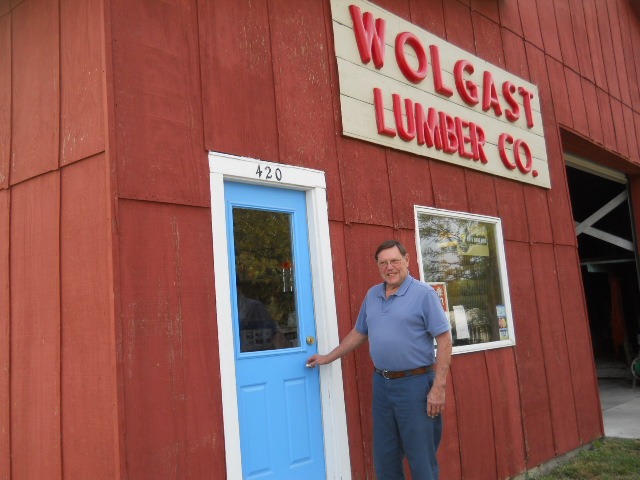 “So, we’re going to celebrate Alta Vista’s 125th birthday during the annual Old Settlers Day, this Saturday, Sept. 22, with a full slate of festivities on tap,” announced Pam McDiffett, official of the Alta Vista Chamber of Commerce, activity sponsor.

A 5K Run-Walk begins at 7 o’clock, with the antiques and crafts market opening in the park shortly after. A pedal pull for youth 12 and under starts at 9:30.

“The 11 o’clock parade featuring the “Little Town on the Prairie” theme will be one of the largest ever with entries expected and welcomed from throughout the Midwest,” McDiffett said. “One parade feature is the tractors displayed year-around at Ag Heritage Park at the south edge of Alta Vista.”

Lunch is planned at the City Park, where homemade ice cream is to be served. Additional Old Settlers Day doings throughout the morning and afternoon include chain saw carving, model train display, horseshoes, volley ball, and frog, turtle, bicycle and stick horse races for the kids.

Annual reunion of former Alta Vista High School students is set for the evening with a dance and fireworks to follow.

Alta Vista became appropriately dubbed “Little Town on the Prairie,” when the Symphony in the Flint Hills was nearby a couple of years ago, and is verified as that with a prominent sign, along Highway 177, directing drivers-by to the community.

In 1887, the Chicago, Kansas and Nebraska Railway built a main line from Topekathrough Alta Vista to Herington, and Union Pacific Railroad trains continue to pass through the community now.

Earliest obtainable records of the town indicate that “Pike” was laid out in October, 1886, by W.D. Deans, but then the name was changed to Cable City, and by March 1987, was finalized to Alta Vista, which is said to mean “high view,” in Spanish.

Three of those same turn-of-the-previous-century businesses are in existence today. The Alta Vista State Bank and Alta Vista Journal continue under different listed-ownership, but Wolgast Lumber Company is operated by the same family as it has been for more than a 100 years.

Actually, the Wolgast family was an important part of “Alta Vista” for at least more than one-quarter of a century before it became a town, with area land ownership recorded in the 1860s.

The Wolgast family was a part of several local businesses in the early 1900s. Otto Wolgast was vice president of the Alta Vista State Bank and also proprietor of Wolgast Furniture.  A.H. Wolgast served as a bank director and operated Wolgast Hardware-Machinery.

According to an early day news story: “Among the people who figure in the building of a town is the man who furnishes the wherewithal to build. Mr. William Wolgast, who went into the lumber business in 1902, has furnished most of the lumber used in constructing Alta Vista. In 1904, he bought out M. L. Hull & Son, pioneer lumberman of Alta Vista.

“Having the two yards, Mr. Wolgast was then well-equipped to handle all of the lumber the town needed. In 1905, Herman Wolgast, brother of the lumberman, bought a half interest in the lumber yards, and the business has since been conducted under the name of the Wolgast Lumber Company.”

Art Wolgast then operated the lumberyard, and brought his son, Bill, into the business.

“There have been lots of changes in Alta Vista during my lifetime, let alone in the past 125-plus years,” Bill Wolgast admitted.

“My family is proud to have been a key part of the community for all of these years. While the population has probably never been much more than 500, it’s still about 425, but the rural area that supported the community has depleted. There are far fewer farmers,” Wolgast said.

“Today, Alta Vista is more of a retirement and bedroom community, with most of our population either retired, or working in close-by cities, where they are doing their shopping instead of in their home town,” added Wolgast, a strong community supporter as his family has been since Alta Vista began.

Admitting that continuation of the Wolgast family operating the lumberyard into the next generation is questionable considering the decreasing business bases due to society’s ease of mobility, Wolgast contended, “We intend to do our best to be a part of keeping Alta Vista alive.”

“An opportunity to see the ‘Little Town on the Prairie’ will be this Saturday during the 125th anniversary celebration in conjunction, with Old Settlers Day activities for everyone,” Wolgast reiterated a welcome.