Improved international relations is the number one intent of “Rodeo China.”

While considerable publicity is being given to the first rodeo in China, “Our main objective is to build a new connection between the United States and Chinese citizens, both rural and urban,” according to John McBeth, 1974 world champion rodeo saddle bronc rider from Andover. 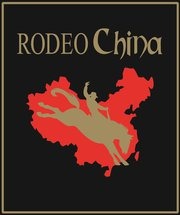 “Not only will we introduce rodeo, one of America’s oldest sports, to China, but most importantly, we intend to discover our common values with China,” explained McBeth, who is the general manager of the American part of the organizing committee.

“This will help create greater understanding and harmony between out culture and that in China, therefore leading individuals from both cultures to become better global citizens,” emphasized McBeth, who is responsible for, among many other things, lining up the bronc riders.

Richard Tucker, chief executive of  “Rodeo China,” further detailed, “I have been doing business in China since the 1980s. This provides an important opportunity for the Chinese people to see us from our grassroots how this culture has continued to be the basis for a western lifestyle that is enjoyed by farmers and ranchers today.”

The invitational rodeo featuring world champion cowboys is set October 3-10, in Bejing, China, at The Bird’s Nest, site of the 2009 Summer Olympics.

While no rodeo has ever been staged in China, the iconic image of China’s Vice Premier Deng Xiaoping wearing a cowboy hat during his 1979 American tour, which included a visit to a Texas rodeo, warmed hearts in China and the U.S.

Tucker remembers the leader holding his hat high and waving to the crowd and intends to build on that moment.

“We expect for the rodeo to offer $8 million in prize money, the largest purse ever in the sport’s history,” Tucker related.

Logistics for the event are staggering, with 120 cowboys, 180 horses, 36 bulls and 90 steers all being shipped to China from abroad.

Cowboys and cowgirls will come from all over the world including the United States, Canada, Brazil, Australia and New Zealand.

“Two dozen contestants in each of rodeo’s seven traditional events have received invitations, but only 15 will actually make the expense-paid trip,” related Annie Lambert, media coordinator for Rodeo China. “Final selections will be made in consultations with the Chinese.

“The rodeo will feature the best talent in the sport today plus special events honoring cowboys, the proud heritage of rodeo and audience participation,” Lambert continued. “China will witness a rodeo extravaganza the likes that the world has never seen before.”

Eight rounds are scheduled in each event, with round winners receiving $25,000, and money going to the top eight places. Aggregate champions are to receive an additional $75,000.

More than 70,000 Chinese are scheduled to attend Rodeo China’s opening night and will be given a Texas-made cowboy hat on arrival.

An estimated 2 billion people are expected to view Rodeo China on television, over the internet and through New Media.

Tucker stressed that the rodeo should help transcend any differences the United Sates and China might have and bring them closer together.

“We hear enough about that bad things that go on,” recognized Carrie Tucker, who is an adviser to the Asian studies program at Furman University in South Carolina.

“We just don’t hear enough about all the good things that go on. This will bridge a lot of differences and give us an opportunity to get to know each other,” she confirmed.

“We have a love for China, for the Chinese people and for their culture,” said Richard Tucker, who with his wife has been successful in the clothing business and has been enamored with China since their first visit three decades ago.

A focus of Rodeo China will be children with about 75 4-H members from throughout the United States going to be there to share enthusiasm and knowledge about American life with Chinese children.

The Tuckers said profits from gate receipts and a percentage of merchandizing will fund scholarships for U.S. students to study in China, and help build a facility to share American agricultural knowledge.

About 175 U.S. manufacturers of Western wear are expected to have displays there.

“There are a lot of key people involved like Hillary Clinton, the Chinese embassy, the American and Chinese governments and Jackie Chan, who will be announcer for the event” Lambert inserted.

“This is the biggest venue in the fastest growing market in the world,” Mrs. Tucker contended. “I want to put on the biggest and best rodeo that has eve been seen in the world.”

McBeth summarized, “Our inspiration is to bring rodeo, the culture of the American West, to the Chinese people as an educational and cultural experience and exchange.”