A cowboy must have use of his arms.

Certainly one of them, or he becomes useless to his profession.

There are stories of cowboys with use of only one hand, and others who have one limb become incapacitated, and retrain themselves to use the other sound-appendage. 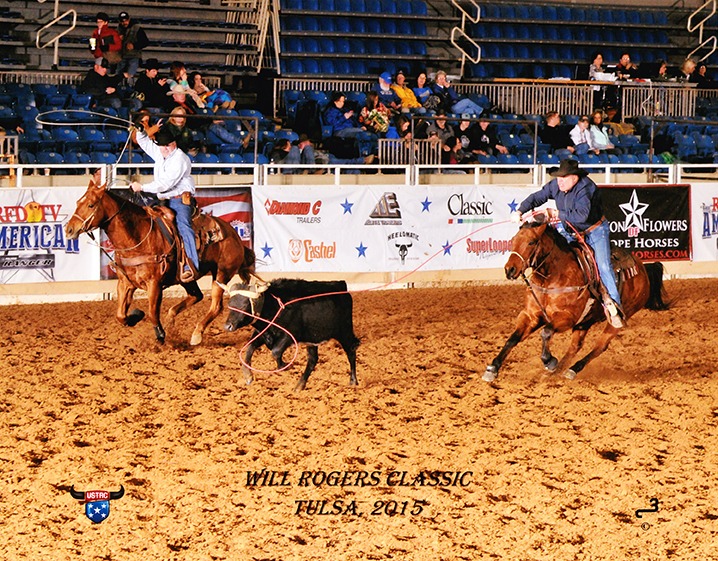 As aggravating, discouraging and embarrassing as that is, it works to get aboard to get the cattle check and moved.

But, then arises an ever bigger dilemma; major part of the cowboy profession is roping the sick one for doctoring. That’s impossible when the right shoulder pain is so excruciating that even a lifelong tough cowboy, always recognized as one who could endure anything, just flat can’t resist the throbbing agony.

No pun intended, adding more stings to the torture, is that this is a world class roper, a former National Finals Rodeo contestant, and the cowboy can’t rope due to the intolerable pain. What could be worse?

Well, everything; it became insufferable to get any of the chores done on the ranch, feeding, opening and closing gates, the truck door, let alone getting in and out, and even raising the right hand to bid as a cattle order buyer.

“I’ve experienced pain, but nothing like that. I went to the doctors, took medications, went through their recommended rehabilitation programs, and nothing seemed to work,” explained Clark Victory.

Raised on the ranch where he’s headquartered today in northeast Oklahoma, in Rogers County not far from where Will Rogers grew up, Clark Victory of Chelsea said, “I’ve worked with cattle all my life. That’s all I know.”

With diverse operations, Victory has also been a lifetime rodeo cowboy collecting awards on all levels since an early age.

“I qualified for the National Finals in tie down steer roping in 1982, and then got busy with the ranch and cattle dealings, had to rope and doctor here, but really didn’t compete in the roping arena much from 1985 through ’95,” Victory said.

“But, I started roping again with my boys, doing some team roping, going to the local ones around, and some distance on occasion, and we did win a little here, and there,” Victory said.

Actually, it’s a humble analysis as Victory has qualified for the United States Team Roping Championship Finals in Oklahoma City as well the World Series of Team Roping in Las Vegas.

“All of the strain of roping all of these years took its toll, and my right shoulder pain got so bad, I gave up, and decided I’d go to the doctor in July 2013. He was able to diagnose the shoulder ligament injury, and put me on some injections, but there was very little relief, if any,” Victory remembered.

Intolerable pain was apparent as he competed in both team roping national finals that fall, and it continually worsened. being so unbearable such that the cowboy wasn’t even able to sleep at night.

“If you can’t saddle your horse, can’t get on, can’t rope and catch one, that’s bad, but then not be able to sleep, I had to do something,” Victory said.

On January 2, 2014, Victory went to doctors in Tulsa, Oklahoma, and asked if they could perform surgery on his shoulder to relieve the pain.

But, after thorough examination, the doctors determined that they didn’t think surgery would work to correct the shoulder problem.

“Nonetheless, I went through all of the recommended rehabilitation four weeks three times a week, and the shoulder continued to get worse,” Victory cringed.

Doctors said to keep at it, and the cowboy did, but there was no relief. “It was pain like I would never have imagined. Not only could I not ride, get my ranch work done, I’m a cattle order buyer four days a week, and my shoulder even throbbed sitting in the sale barn seats,” Victory insisted.

“Then, I was visiting with a friend of mine, John Farley, a rancher at Manhattan, Kansas, who told me about his recovery from a similar problem after undergoing stem cell therapy. John was as good as he’d ever been after that, no pain, complete use of his arm and shoulder. John’s brother, Pat Farley, had the same kind of results after having steam cell therapy on his shoulder that was previously completely incapacitated,” Victory reflected.

“Those guys were such believers in the results, and their healing recovery from stem cell therapy, that they formed a company, Kansas Regenerative Medicine Center in Manhattan. Their doctors specialize in adult stem cell regenerative medicine in order to help people suffering from a variety of inflammatory and degenerative conditions,” Victory said.

“Now, I really don’t know all the technical and medical information about stem cell therapy, but I decided I’d give it a try. Nothing else had worked, I was still in such pain, unable to do much of anything, I really didn’t have anything to lose,” he claimed.

Going to Manhattan the evening before, Victory arrived at the clinic the next morning about 8 o’clock. Under local anesthesia, Victory had his own stem cells collected in the fat from the lower part of his back.

“I don’t understand all that took place, but the stem cells were processed and injected back into my right shoulder, and the doctor also put some of my own stem cells into my left shoulder,” Victory stated.

Insisting that the procedure was quite simple, virtually painless, Victory said, “We left Manhattan and were driving home by 12:30 in the afternoon. I told my wife I could already feel the relief. I slept better that night than I’d slept in more than a year, loaded cattle the next morning, and my shoulder has absolutely done nothing but get better every day.”

Doctors expect recovery to take from three to five months, and improvement to continue even after that. “Well, three months to the day, I felt like I could do about anything I could ever have done. There wasn’t anything I did that made my shoulder hurt. Being my age, I’m still amazed at the difference the stem cell therapy made,” Victory said.

Extreme cold and weather changes have had no detrimental effects.

Some would say not so important, but likely most so, to a champion cowboy roper, Victory said, “My roping is better than it’s been for a long time, my range is better, sharper, and maybe the best it’s ever been.”

Of course, he’s back in the competition pen, heading and heeling. “My friends who I’ve roped with can’t believe the change. They wonder what I had done. Some of them have injections in their shoulders, hips, knees, without any positive results. Several of those cowboys are looking into stem cell therapy, too,” Victory noted.

Getting cowboys to follow doctor’s orders is not easy, but Victory did as prescribed without success until stem cell therapy.

“Now, the stem cell doctors say all results from stem cell therapy aren’t always as complete and fast as mine was. Sometimes more than one procedure is needed, and then the therapy sure isn’t guaranteed to work on everyone.

“But, there’s no major surgery, no risk. I just can’t see why anybody with joint pain wouldn’t want to give stem cell therapy a try. There’s nothing to lose, but there’s everything to gain, your health,” Victory evaluated.

Living on the ranch where his grandmother moved with her family nearly a century ago, Victory and his wife, Cindy, have four grown sons all living nearby and involved somewhat in ranch operations.

“One of my son lives at the place where my grandma lived. His son, my grandson, is the sixth generation of our family in that ranch house,” Victory added proudly.

“I’ve had a good life here on the ranch, but this stem cell therapy has made it better again. I’m roping with the boys, and sure intend to go to a bunch more competitions this year.

“But now, we have to saddle up, and move some cattle around the ranch today, and burn some Bluestem this afternoon,” healed 57-year-old cowboy Clark Victory emphasized, as he left the Oklahoma ranch house just before 8 o’clock Saturday morning, at a pace like that of one maybe 40 years younger.

For the record, regenerative medicine is defined as an emerging branch of medicine with the goal of restoring organ and/or tissue function for patients with serious injuries or chronic disease, in which the body’s own responses are not sufficient enough to restore functional tissue.

Stem cells from a person’s own fat are said to be easy to harvest safely under local anesthesia and after processing are deployed to help repair injured tendons, ligaments, cartilage, and muscles.

It is claimed that stem cells have the power to go to these damaged areas and regenerate new cells and tissues by performing a repair and a renewal process, restoring functionality.