“Our third annual Gator Rally was a tremendous success as participants from throughout eastern Kansas and even from Oklahoma rode through luscious pastures in this community-support effort,” exclaimed Paul DuToit, brainchild of the program and manager of PrairieLand Partner Emporia, regular advertiser on 580 WIBW. 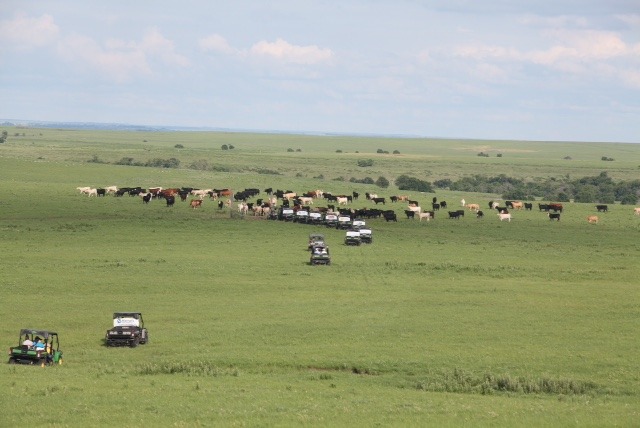 The Emporia branch-location of the John Deere dealership, with nine locations in central Kansas, was general sponsor of the fun-filled evenings touring the Flint Hills in the special John Deere Gators, all-terrain vehicles, with two to four riders, featuring supper and concluding by riding under the bright star-filled Kansas skies.

“Actually the PrairieLand Partners Emporia team organizes and hosts the four evening rides, but we’re super blessed with a great partnership between our event sponsors and the Ritchie family of the Highland Ranch, who along with other land owners, permitted the John Deere Gators and their drivers and riders to tour their green native grassland pastures in the most lush condition many can remember,” DuToit said.

Raising more than $40,000, according to DuToit, proceeds went to the Beau Arndt Foundation, Friends of the Emporia Animal Shelter, Emporia Friends of the Zoo, and Big Brothers Big Sisters of Emporia. Evaluating the four-day benefit rally, DuToit said, “The first evening was absolutely gorgeous, but a grim weather forecast the next day forced us to move locations to avoid being caught in a flash flood situation with equipment and supplies next to what could be a quick-rising river or creek crossing.”

However, DuToit admitted, “The second and more challenging location several miles east of Cassoday turned out to be fantastic.  Everybody seemed excited to be out in the beautiful green Flint Hills, and a highlight was definitely the wild mustangs in one pasture.” 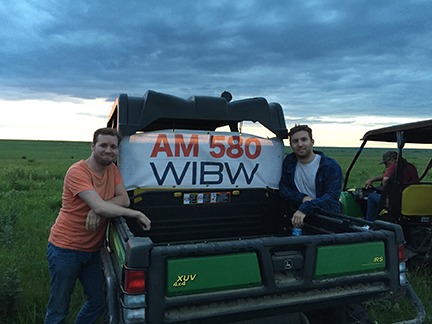