Happens one more time, and there’s no question in anybody’s mind, he’s a real cowboy, a downright champion bull rider, no denying the fact. 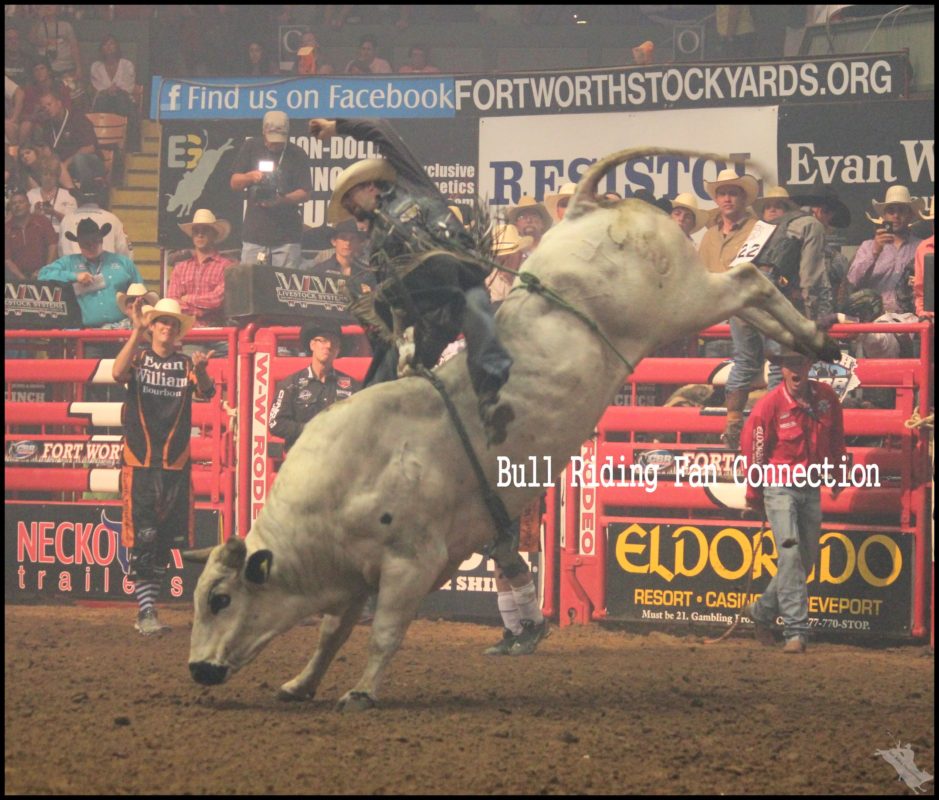 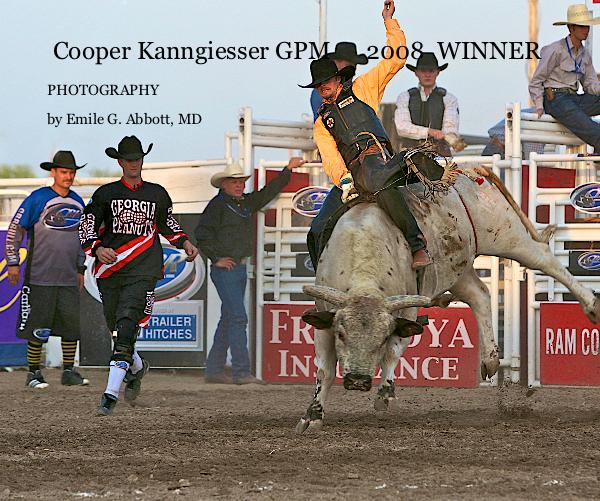 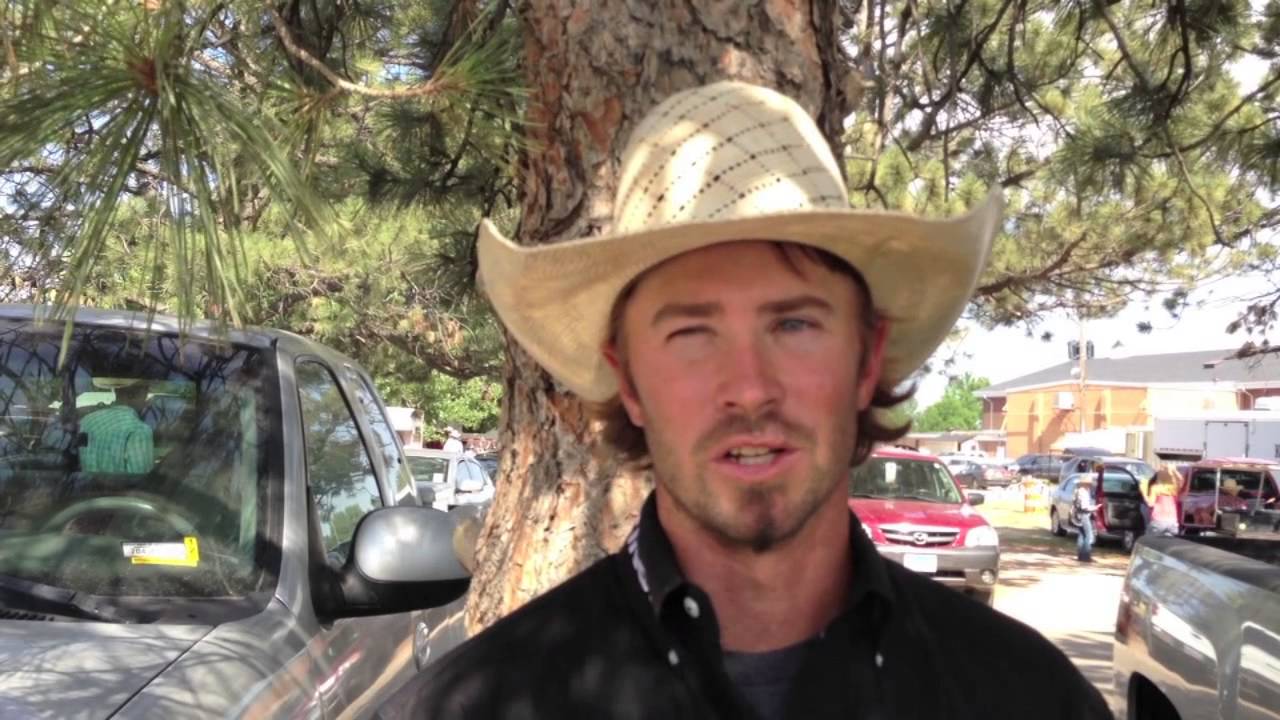 Well, certainly not necessary to have all that discussion, lifetime achievement record at all degrees of competition proves he’s one of the very best.

Yet, with nothing to prove to anybody, winners still like to win.

Cooper Kanngiesser of Attica has won the prestigious Flint Hills Bull Blowout the past three years.

“I plan to win it a fourth time this year on Saturday night, Sept. 12, at Strong City,” Kanngiesser emphatically informed, leaving no doubt about it.

“I’ve slowed down from where I was a few years ago. I don’t go to as many competitions, but I still love to ride bucking bulls, and I intend to win every time I get in the chute at a rodeo or professional bull riding,” Kanngiesser insisted.

Competing in the National Intercollegiate Rodeo Association on the Vernon College team, the cowboy got his Professional Rodeo Cowboys Association card upon turning 18-years-old,, and  concentrated on the pro circuit there forward, often letting college events go wayside.

Kanngiesser was 26th in the world winning $49,546, and co-champion of the Wrangler Pro Rodeo Tour Round his first year out. And, after graduating from college in 2006, Kanngiesser qualified for the National Finals Rodeo at Las Vegas, finishing 12th in the world, that year.

While there hasn’t been another National Finals qualification, Kanngiesser has collected many awards including four Tour Finale qualifications, highlighted by winning the National Circuit Finals Rodeo in 2007.

It’s not hard figuring out why Kanngiesser doesn’t get on 200 bulls annually now, as he did earlier. “I got married to Kylie, in 2007, and we have a son, Talan, and daughter, Katherine. I rodeo closer to home,” Kanngiesser admitted.

“I go to all of the New Frontier Rodeo Company events that Jimmy Crowther puts on, still get on about 75 bulls a year,” Kanngiesser calculated.

What counts most, he makes qualified rides on three-fourths, that’s 75 percent, of them, an enviable record, verification Kanngiesser would make a good living, likely be a world champion, if fulltime on the bull riding circuit.

Rather, Kanngiesser said, “I have a backhoe business, with oil field contracts, some residential work, also do some fence building. I work at both, and have partners, and a work crew, too.”

However, adrenalin flow for the cowboy today, close second to mounting them, is producing bucking bulls.

“I have 30 cows, all intensely bred from the best bucking bulls in the industry, mostly Crowther bull lineage,”  Kanngiesser commented.

“Without exception, the bull calves buck, and I don’t care if a cow has a heifer, because I keep some replacements, and there’s always buyer demand for the rest,” Kanngiesser explained.

Bulls are tried bucking with a dummy as yearlings, and then mounted by young cowboys by the time they’re two, or even younger.

“I’m hauling some big two-year-olds, weighing about 1,100 pounds, to the Pretty Prairie rodeo, and those bull riders will have a hard time making the whistle on any of them. They’re the best set of calves I’ve had,” insisted the bull rider-producer, who sub-contracts stock to a number of events.

“I really like developing bucking bulls. My favorite time is when they’re three. I like to prove them, sell them, and raise more that are better. I only have a couple of older bulls, they’re five, and used for breeding,” he explained.

“Everything I have is always for sale, bull or female,” added Kanngiesser, noting he’ll buy top prospects to develop and merchandise, too.

“I partner on top bulls, always like to have entries in the futurities, and stuff,” he continued.

Excitement apparent in conversation whatever the direction, Kanngiesser is only optimistic for the sport of bull riding.

“I’ve thought about it a lot, and I still love to ride bulls, and I’m going to continue riding them as long as I can win. If the time comes, I’m not winning, or not enjoying it as much as I always have, I’ll continuously be raising and developing a ranker, more superior bucking bull,” he verified.

“I’m a cowboy, have been since before I was born, they say. But, I’m a bull rider. That’s all I’ve ever wanted to do,” Kanngiesser reiterated.

Some contend if cowboys were supposed to ride bulls, Paul Revere would have come riding a bull, and if it’d been Cooper Kanngiesser warning of the Yankees arrival, that’s sure the way it would have been.