“I’ve been farming forever; that’s all I’ve ever wanted to do.”

It’s in the genes certainly, as he’s followed family into the agriculture profession. His wife, her family and their children are an intimate part of operations. Now, best of all, likely, their son’s a fulltime farmer, partnering to keep Phelon Farms progressing further.

“I planted my first full row of soybeans with my sister when I was just four-years-old, and I’ve been farming ever since,” said Raylen Phelon at Melvern.

“I’m fortunate to have had the opportunity to be a farmer, and especially pleased our son can and wants to also continue on the family farm,” insisted Phelon, likely best recognized across the Midwest for his service to the soybean industry.

“I rented ground and really started developing my own farming operation when I was in high school, and have continued to expand. It’s sure not always been easy, and not as fast as we’d have liked sometimes,” continued Phelon, who serves as president of the Kansas Soybean Association.

While attending Marais des Cygnes Valley High School in Melvern, Phelon enrolled in agriculture classes at Flint Hills Vocational Technical School at Emporia his junior and senior years. “I wanted to learn all I could about farming, because that was always going to be my profession,” Phelon said.

Continuing education beyond high school, Phelon attended Kansas State University for a time, but was eager to get back to the land and move forward with the farming operation so dear to him.

“That was the early ’80s, and a difficult time for agriculture, even for those who’d been lifetime farmers. But, especially for one wanting to get started, high costs and record high interest rates,” affirmed the Osage County farmer.

“Still, Carl Stueve, who had been my ag instructor at vo-tech, was my inspiration to continue, and to succeed. He’s my mentor,” Phelon credited.

In order to continue advancing in the profession closest to his heart, Phelon has always had an off-farm job.

“I worked at Iowa Beef Packers in Emporia for a while, and then became an electrician at the Wolf Creek Nuclear Power Plant near Burlington,” Phelon said. “I’m an electrical supervisor there now, with a four 10-hour day schedule, even though I occasionally get called in at other times.”

Contrary to some farmers with off-farm income, Phelon appreciates his lifestyle. “My job works well, complements and supplements the farm,” he said. “I can come home from work and clear my mind on the land. And vice versa, go to work for relief from the stresses that are always a part of farming, one way or another.

“Also, having a fulltime regular off-farm profession has permitted us to have capital for land expansion, that we’d likely not had without it,” Phelon admitted.

Family still has always been a key role in Phelon Farms. “I’d be remised not to credit my dad, Edward, for helping me get started farming,” Phelon said. “I’m often reminded of his advice, and still think about what he’d do in situations that arise on the farm today.”

While Edward Phelon passed away more than a decade ago, his son and grandson continue to farm that Osage County land southwest of Melvern.

“We rent from my mom, Isabel, and also rent from my wife Karen’s family through her mom Pat Nelson, in addition to the land we’ve been able to purchase, about 900 acres, in Osage County,” Phelon said. 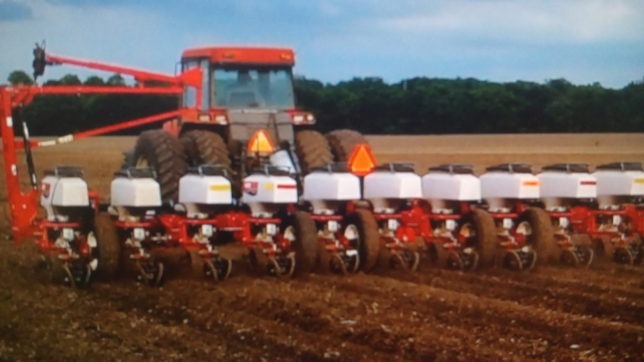 “We have three children, and they’ve always been an important part of the farm growing up, and still help whenever they can,” Phelon credited.

Ashley and her husband Mike Beying live at Clay Center, with the Phelon couple’s first grandson Caleb. Ashley is working towards her nurse practitioner degree, while Mike is the Clay Center vo-ag instructor.

Adam, 25, graduated with a degree in agricultural economics from K-State, always intending to return to the family farm fulltime.

“In reality, Adam does the majority of the labor here,

and he’s done a little off-farm work, but never regularly,” Phelon said. “Adam’s college experience has sure been an asset to the farm, too.”

It’s a cooperative effort when time comes to get the work done. “Adam handles nearly three-fourths of the planting and combining, but our son-in-law Mike usually runs a combine some, too,” Phelon said. “It seems like the rest of family keeps busy hauling grain at harvest time. We have to keep the combine moving when the time is right.”

Grain carts were credited as a major attribute to efficient transporting crops from the field to elevator and on-farm storage.

“We typically don’t sell grain at harvest, but store most of the crop to merchandise when markets advance,” Phelon said. “Dad always said you can’t sell it if you don’t have it. So, we try to take advantage of those cash opportunities.”

A stock cowherd complements the farming program, with calves sold as yearlings for additional farm income.

“We have some hay ground, and Karen and Emily are an important part of that helping Adam swath and bale hay,” credited Phelon. “Those three do most of the work putting up hay for our cowherd that we summer pasture on Osage and Anderson County land.”

Soybeans are generally planted on about three-fourths of Phelon Farms’ dryland crop acreage, with the remaining cropland divided equally between corn and wheat.

“We will have more corn this year,” Phelon said. “We try to follow a rotation plan for land improvement and increased crop production.”

Farm machinery is selected to best fit the farm’s needs. “We’re not color blind. We look for the equipment that is most economically efficient,” Phelon said. “We have both Case-IH and New Holland tractors, a John Deere combine and a White planter.

“That planter has really worked out well for us,” Phelon asserted. “It has fantastic seed placement, which has reduced our replanting considerably, and increased production.”

Always on the outlook to improve techniques, Phelon Farms has a conventional/minimum tillage program. “We tried completely no-till, but we’ve found it’s more efficient for us to do more tillage, considering the cost of herbicides,” Phelon stated.

Weather is always an impacting effect on yields, but management techniques have proven enhancive to Phelon Farms’ grain production.

“We had the best soybean crop ever last year,” Phelon said. “That one field yielded 68 bushels an acre, second in our district’s soybean yield contest.

“Of course, rains came right, and the field had been in corn last year. But, the good weed control was a big deal, too,” Phelon analyzed. “Some farms especially in the central and western part of the state had severe water hemp infestations, which was really tough on production.”

While not hedging crops, Phelon does some forward contracting of grain. “Karen is a big help in our marketing. She sold her ’beans at $10.31; I don’t know many who could say that,” Phelon noted.

Honored by the Kansas Soybean Association (KSA) with the DuPont Young Leader award in 2004, Phelon became involved in the KSA after that and served several leadership roles before becoming president.

“The KSA is a great voice for Kansas agriculture,” Phelon said. “Farmers are concerned about producing a high quality food for the nation’s consumer, and we do everything we can to insure food safety.

“I’ve been to Washington, DC, several times on behalf of the state’s farmers. We’re fortunate to have Jerry Moran and Pat Roberts in the nation’s capital working as our advocates. Most states don’t have that kind of backing for agriculture,” Phelon said.

Looking to the future, Phelon is optimistic for agriculture. “With Adam involved in Phelon Farms, we can expand, but it takes more land, and I think we’ll be able to purchase and rent more land,” forecasted Phelon, noting that inflating land values seem to have stabilized some at the present.

“Input costs are high, but the lower fuel price is benefitting us,” he noted.

“While commodities are down now, this is a world market, today. People have to eat, and Kansas farmers are exporting our production to increase value,” Phelon said.

“There will be profitability in farming. I’m confident of that, but we have to be cautious,” Phelon evaluated. “Problems have generally come when farmers have overextended themselves. We should be ready to take advantage of opportunities that arise, but not take unnecessary risks, 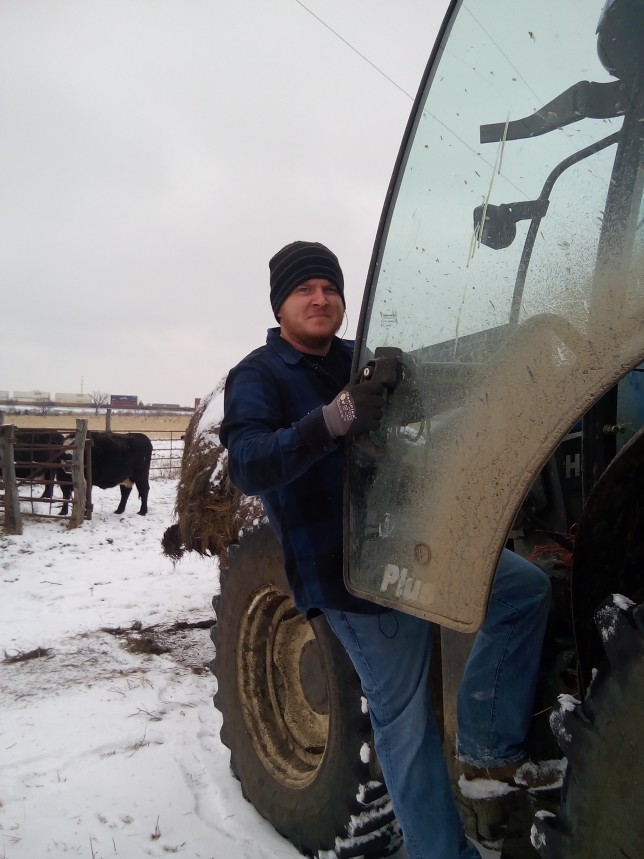