It’s difficult to make a living on the farm today.

Despite the recent past half-decade when the nation’s farmers experienced the “best times” price wise their industry has ever seen; what goes up always has come down. 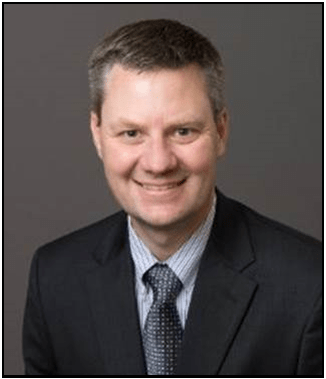 Thus, creating a situation many of those farming a quarter of a century or less couldn’t comprehend would happen.

“Almost overnight,” agriculture turned from a quite profitable profession to just the opposite of that, certainly in some operations.

Farmers, who had “very lucrative” balance sheets two years ago, now face “negative cash flow,” losing money to the point that there must be a change in their financial practices, or they’ll be out of business.

Fortunately, there are management options struggling producers might be able develop to survive and forge forward in what those with bright crystal balls see as the most optimistic occupation there is in the future, because “people always have to eat.”

Possible solutions to immediate financial difficulties faced by some farmers were presented at the recent Farm Profit Conference hosted by 580 WIBW at Oskaloosa.

From a strong farm background, continuing with direct personal family ties to the profession, coupled with extensive study and work in agriculture economics, Frahm proved a point often quoted: “Farmers are getting older, and they’re not being replaced. Average age of the farmers is the oldest it’s ever been.”

A call for raised hands, from among the more than 170 attendees, of those who’d been farming “ten years or less” yielded  “two or three” arms in the air, and then a vast majority number came up “30 years plus” in farming.

“Many of you haven’t seen times in agriculture like we are facing now, but the good news is you are farming in the best place in the world,” Frahm insisted.

Capital is available with farm equity in producer balance sheets and well established public markets. Despite some farm debt, the “Farm Credit system and the U.S. banking system are healthy,” Frahm assured.

This country has world leading technology, research and development. In agriculture an example would be seed companies improving production potential, along with sharp advances in energy, transportation, logistics, and manufacturing technology.

“Public funding for these is declining, but private funding is increasing,” Frahm pointed out.

Energy is ample to operate the industry and run the country. “We have abundant natural gas supplies developed, along with reserves, and crude oil production is on the rise,” Frahm stated.

Vast opportunities loom in value-added exports, he declared. “Emerging economies will demand further processed food products that the United States is better positioned to deliver than ever, and logistics can be coordinated for economically efficient container vessel backhauls,” Frahm said.

Farmers more than 30 years ago faced some similar market dilemmas of today, but there is one big difference. In the mid-1980s, interest rates were near 20 percent.

His advice: “Take advantage. This will not last forever. Exploit it now.”

Production agriculture is a competitive environment. “The function of a competitive market is to drive the economic return to the average producer to break even through supply and demand in both input and output markets,” Frahm reiterated statement of a Texas A&M professor.

“In equilibrium, the top end are profitable and growing, the average are hanging in there, and the bottom end are losing money and exiting the industry,” Frahm quoted.

“Business success and survival depend on continuous improvements at a pace necessary to stay in the front of the pack,” Frahm verified the stated opinion.

Four factors determine business success, according to the speaker.

“Marketing and production are the key components of margin management, while focusing on solvency and liquidity give farmers the opportunity to withstand industry cycles and take advantage of opportunities,” Frahm said.

“While the actual numbers have been changed, these are true farm credit situations,” said Frahm, pointing out that the improved cash flow is no guaranteeing the farms will become profitable. But, possibilities are enhanced.

Summarizing, Frahm repeated, “The United States is still the best place to be a farmer due to the infrastructure, capital and good political environment, despite some people’s opinion contradictory to that.”

With interest rates at historical lows, Frahm again demanded: “Take advantage of it.”

He encouraged, “Engage your lender to look for some cash flow relief.

“Be ready to make changes to your operation that will lower your cost of production,” Frahm advised. “But, be cautious of cost saving steps that lower production.”