“Don Williams” is coming to Tonganoxie.

Well, not really, but there’ll sure be the feeling and the distinct sounds of his music.

“Rusty Rierson, an up and coming country music entertainer, will present a Don Williams Tribute Concert, Friday evening, Oct. 21, at The Jewell On Main in Tonganoxie,” announced Charley Green of Diamond Jubilee Entertainment.

Rierson said, “I’ve always gravitated to the music of Don Williams, and I’ve been fortunate enough to call him a personal friend.”

Williams acknowledged, “Rusty is a fine young Christian man who is also a very good songwriter, singer and musician. This is a fine album he’s recorded. Good luck to you Rusty.”

Rierson will be accompanied by the Stranger Creek Band including Gary and Mary Bichelmeyer, Larry Inman and Steve Straub.

Among the Don Williams songs anticipated in the tribute show, starting at 7 o’clock, are Good Ole Boys Like Me, Tulsa Time, Imagine That, You’re My Best Friend, and at least a dozen more.

Advance tickets can be acquired from the First State Bank & Trust in Tonganoxie, www.brownpapertickets.com, or by calling 800-838-3006. 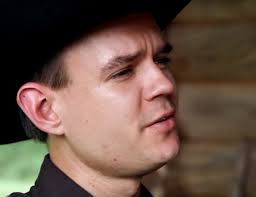