Five man and wife couples of the American West have been inducted into the Kansas Cowboy Hall of Fame, according to Lara Brehm, executive director of Boot Hill Museum, Inc., Dodge City.

Each year since 2002, five or more legendary cowboys or cowgirls have been inducted into the hall at the museum. 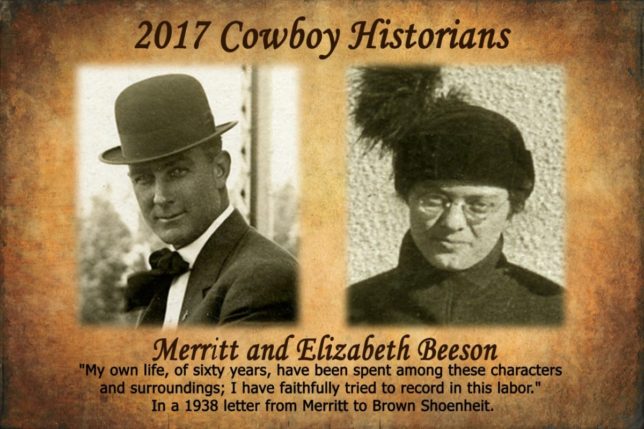 Merritt and Elizabeth Beeson, along with Merritt’s brother, Otero began operating the Beeson Museum in 1932 in their Dodge City home.

Merritt’s father, Chalkley, started the collection in the 1870s, and there were many souvenirs from the late 19th century when Chalkley died in 1912. These include instruments used by Chalkley’s Cowboy Band, golden eagles and heirlooms from his family.

Documents and photographs made the museum a repository for scholars studying area history.

The Beesons corresponded with prominent Dodge City families. Josephine Earp, Wyatt’s last wife, was one, as was the Masterson family, and Samuel Crumbine, nationally recognized for public health efforts.

After Merritt died in 1956, Elizabeth managed the museum until it closed in 1964. Legacy of Beeson Museum lives on at Boot Hill Museum with artifacts displayed in the “Beeson Gallery,” and throughout the complex. 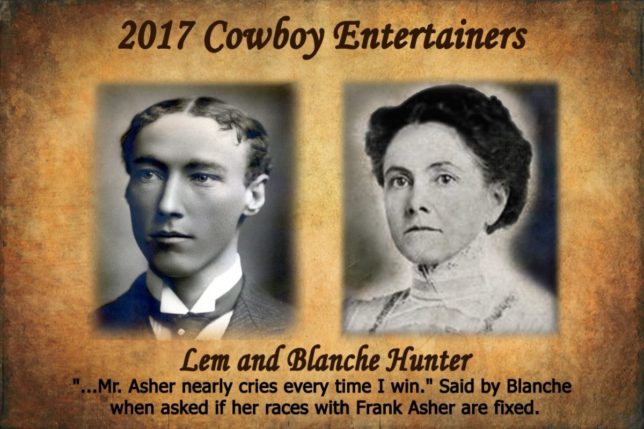 Lem and Blanche Hunter were members of Buffalo Bill Cody’s Wild West in the late 1800s.

Lem was part of Cody’s “Rough Bunch” of 16 men who rode broncos pitted against any other 16 men picked by the “world.”

When Lem and Blanche were married in 1899, they formed their own company “The Blanche McKenney-Hunter Racing Combination.”

Blanche performed “chariot races” against an opponent, usually Frank Asher. In these races, the riders stood on the back of two or three horses.

Lem’s professional riding career ended when he was injured while riding in Cody’s show and died in 1929. Blanche continued performing until 1939. 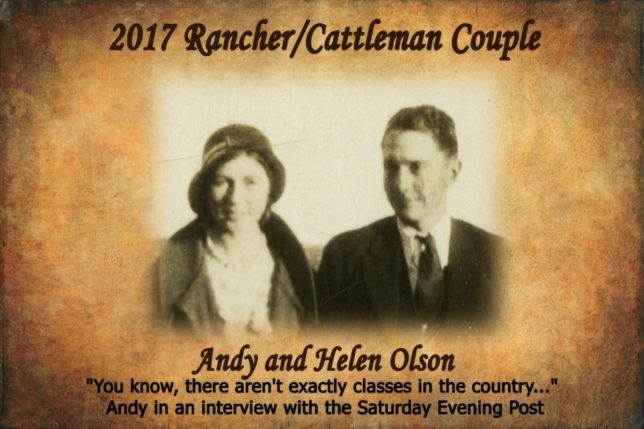 Andy and Helen Olson were married in 1933. They rented a farm near Skiddy while Andy worked for the Extension-Farm Bureau office in Junction City.

Andy was more farmer than cowboy, but excelled in ranching after learning the ropes from Helen and father-in-law William Ebbutt.

In 1938, the Olsons bought their ranch on Four Mile Creek southwest of Council Grove.

Their nationally recognized herd originated from an Angus heifer Helen won in a contest.

The Olsons were instrumental in starting the community 4-H program.

Their ranch grew to 2,000 acres in Morris and Chase counties when daughter Elaine and husband, Norval Deschner, with twin daughters, returned from the Korean Conflict.

Helen’s father William  Ebbutt was inducted into the Kansas Cowboy Hall of Fame as rancher/cattleman in 2012. 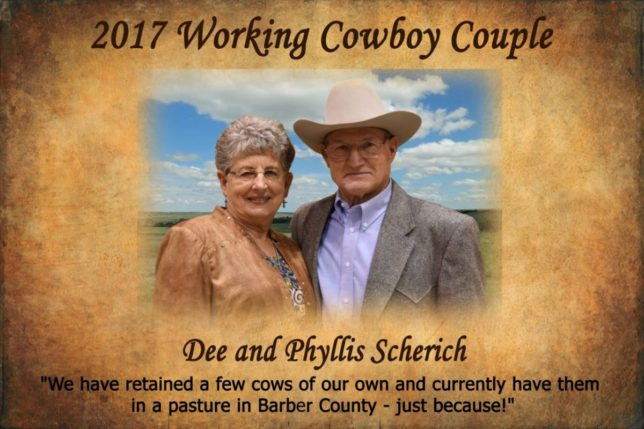 Dee and Phyllis Scherich were married in 1961 and both taught school for several years.

They took over management of the Merrill Ranch in Comanche County in 1976, when Dee’s dad retired from that position.

Dee was cowboy at the Coldwater ranch, but Phyllis substitute taught, cooked, and performed administrative chores so the ranch ran smoothly.

Phyllis has done extensive research on the Comanche Pool as it relates to the ranch. They take pleasure in wildflowers, active in the Kansas Native Plant Society.

The Scherichs retired from the Merrill Ranch in 2016 after devoting 40 years to the Merrill Trust and have retained a few cows in Barber County, “just because.” 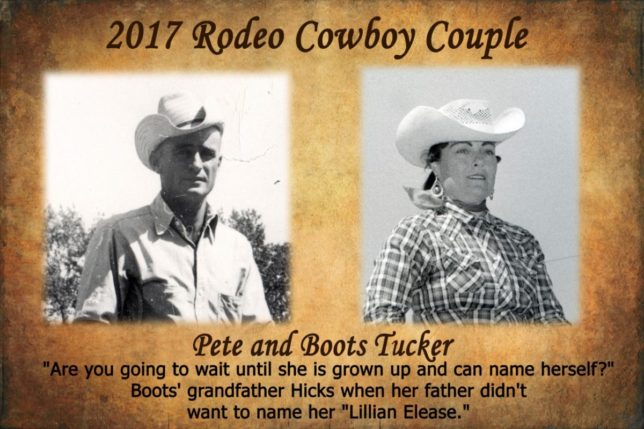 Due to dispute as to what to name Lillian Elease, her father simply called her “Boots” which stuck well.

After living in southeast Kansas, the Tuckers returned to Elkhart farm roots.

Boot’s rodeo career began in 1947 at a local rodeo. On a borrowed Palomino, she won the pleasure class, and was crowned runner-up Frontier Blonde Rodeo Queen.

In 1949, the Tuckers started showing horses and competing in rodeos in addition to farming.

In the late 1950s, Pete placed in 27 rodeos one year and set a professional Rodeo Cowboys Association record of 9.3-seconds calf roping in Rocky Ford, Colorado.

In 1957, Boots set a record 15.5-seconds barrel racing in Memphis. She was world champion barrel racer in 1961 on her favorite horse “Brownie.”

Pete died in 1963, and Boots resides in Elkhart.