With semblance to the popular Country Crossroads Show, the first of regularly planned presentations is the brainchild of Charley Green and Ernie Rodina.

“Ernie’s Country Crossroads to be hosted by Ernie Rodina of the Better Horses Network will be where better horses, friendly folks, the cowboy way and great entertainment meet,” according to Green, promoter, author, entertainer and part-time cowboy.

Kickoff show with a lineup of prominent Midwest entertainers will be recorded live on stage for television, Green pointed out.

Rusty Rierson grew up near Leon in the Flint Hills, and following graduation from Kansas State University has become a popular country music singer. With tributes to George Strait and Don Williams, Rierson is best known for his own music insisting it’s “a breath of fresh air.” A television performer, Rierson has produced eight albums as well as one digital video disc.

Donna Hensley is a veteran vocalist and songwriter from Kansas City. Featured regularly at several country music shows in the Midwest, she’s opened shows for Hank Thompson, Johnny Duncan and Moe Bandy, among others. Her first album in 1995 rated Hensley the “Best Female Vocalist” title by the Central Country Music News. Hensley’s recordings have made the charts as far away as Australia.

Terry DaVolt, aka T. Texas Terry, is a diverse entertainer around the world as far away as England, Canada, Singapore and Japan. Recognized as Harrah’s Entertainer of the Year, DaVolt might be called a clown from his resume including work with the Ringling Brothers, Barnum and Bailey Clown College, where he was an honored walk-on graduate. DaVolt will likely be spinning his fire lariat as one show feature.

Following a diverse, successful professional career, Charley Green became a professional entertainer and author. He shares inspirational, humorous and informational reflections of his life experiences. Green is referred to as the Will Rogers of the Plains, because his stories convey a common sense approach with a dash of humor. Quoting an old Cherokee saying, Green insisted, “The world is filled with stories which, from time to time, permit them to be told.” 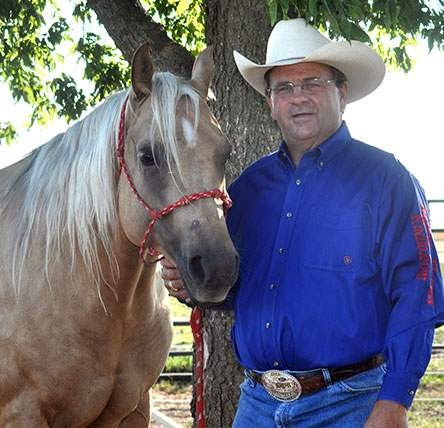 Ernie Rodina created the Better Horses Network, Inc., 19 years ago and has become the “go to” source for all things equine throughout the Midwest. With regular weekly shows on numerous Midwest radio stations, Rodina has three radio networks, the Better Horses publication, and an electronic newsletter. Rodina does event marketing, has the Better Horses digital channel, and two television shows.

Tickets are available in advance at First State Bank & Trust locations and online at www.brownpaapertickets.com, or by calling 800-838-3006.