Champions have been named for the 2018 Eastern Kansas Pro Rodeo Series.

“Goal of the coalition was to raise awareness, convenience and efficiency of the rodeos among both contestants and rodeo fans,” verified Teagarden of La Cygne.

“Collectively, the three rodeos produced six professional rodeo performances in an eight-day period between August 10 and 18,” Teagarden said. “In the southeast quadrant of Kansas, the rodeos are approximately 80 miles from each other in a triangle.” 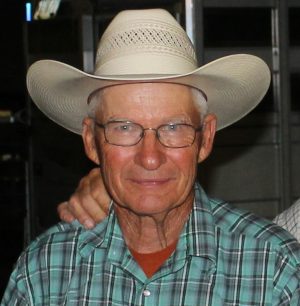 New Frontier Rodeo Company of Gypsum provided livestock for both the Mound City and Coffeyville rodeos. The rodeo at Eureka was produced by United Pro Rodeo of Palestine, Texas.

According to Teagarden, the Eastern Kansas Pro Rodeo series began in 1984 and continued until 2008 with several Kansas county fairs.

“It was revived four years ago by the three rodeo committees now a part of the series,” he said.

“Collectively, the three rodeos paid out more than $100,000 to the winning contestants and attracted nearly 25,000 spectators,” Teagarden said.

Top contestants in each rodeo event who competed at all three rodeos received a Maynard trophy buckle.

The lone Kansas cowboy collecting one of the Eastern Kansas Pro Rodeo Series buckles was Jared Keylon of Uniontown. The 33-year-old former National Finals Rodeo qualifier won the Coffeyville rodeo, split first at Mound City and was fourth in Eureka.

Collecting the saddle bronc series championship buckle was Justin Hagland, Boone, Iowa. He placed second at the rodeo in Eureka and was sixth at Coffeyville.

Trey Kimzey of Strong City, Oklahoma, was the bull riding series winner. He claimed Mound City winnings, while being the only bull rider qualified for the championship buckle.

Gavin Foster, Elmore City, Oklahoma, and Daniel Reed, Guthrie, Oklahoma, joined to place in team roping at all three rodeos. Their series buckles came from being third at Coffeyville, fourth at Eureka and sixth at Mound City.

Cole Bailey, Okmulgee, Oklahoma, was second at Eureka and third at Mound City to win the tie down roping buckle.

Brady Garten, Oologah, Oklahoma, won first go-rounds at both Coffeyville and Eureka, and was second in the Eureka average. He strapped the series championship buckle on his belt.

To claim the barrel racing series title, Jeannie McKee, Lenapah, Oklahoma, won at Eureka and was fourth at Mound City. 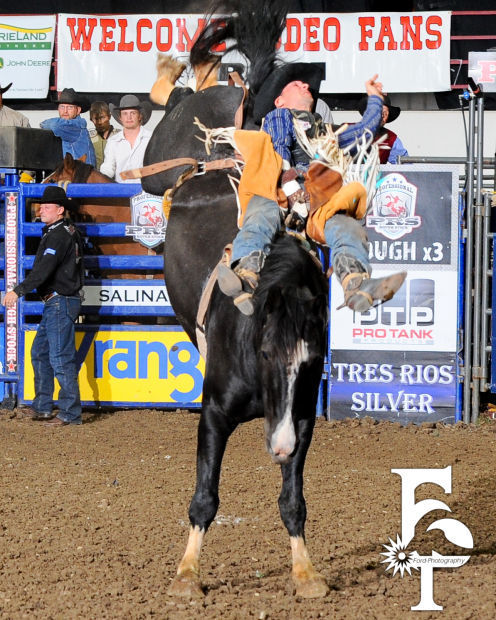