One of the most historic communities in Kansas is celebrating its important heritage.

“Lecompton was the former territorial capital of Kansas from 1855 to 1861,” explained Bahnmaier, official of the Lecompton Historical Society. “It served as the Douglas County seat during much of the 1850s.”

During this time, the city played a major historical role in pre-Civil War America, as it was a hotbed of proslavery sentiment.

“This period was known as Bleeding Kansas,” Bahnmaier said. “That was due to the violence perpetrated by both the pro- and anti-slavery factions in the eastern part of the state.”

Lecompton was founded in 1854 and planted on a bluff on the south bank of the Kansas “It was originally called  Bald Eagle,” Bahnmaier said. “The name was changed to Lecompton in honor of Samuel Lecompte, the chief justice of the territorial supreme court.”

In August 1855, the town became the capital of the Kansas Territory after President James Buchanan appointed Andrew Reeder governor.

“The city soon became a stronghold of pro-slavery politics and southern sympathy,” Bahnmaier said. “That put the community in conflict with nearby Lawrence which had been founded by ‘Free-Staters’ from Massachusetts.”

The happenings in the Kansas Territory and in Constitution Hall caused a rupture in the relations of the North and South.

“There was constant conflict between the pro-slavery and free-state factions,” Bahnmaier said. “Lecompton was considered the center of the pro-slavery movement, which of course was unsuccessful.”

Kansas entered the Union on January 29, 1861, as a free state, and the Civil War began.

“Lecompton has put aside its turbulent past as its important history remains,” Bahnmaier said.

The Territorial Capital Museum is housed inside of Lane University, built on the foundation of the started-but-not-completed Capitol Building. 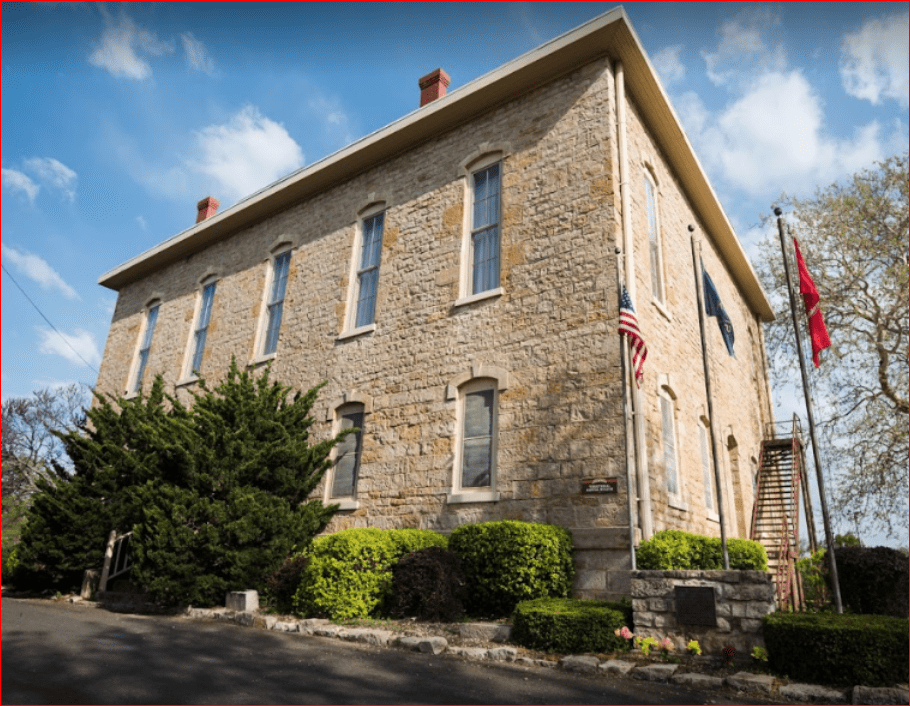 In 1975, a ceremony in Lecompton dedicated Constitution Hall as a National Historic Landmark also now serving as a museum.

Until then, Lecompton’s annual summer picnic, since before the turn of the Century, had been known as the Harvest Home Picnic.

But because of Constitution Hall, Lecompton and Kansas Territory, the city fathers decided to call the summer outing Territorial Days.

A pancake breakfast at the community building begins at 7 o’clock Saturday morning, June 8. Both Constitution Hall and the Territorial Capital Museum are to be open throughout the day. A Veterans Monument Wreath Laying Ceremony is at 10 o’clock.

After a program about the Territorial Capital Museum at 1 o’clock, there’ll be re-enactment of an 1855 Kansas Territorial meeting. A historic piano recital is also scheduled.

Details about the important community attractions and the celebration can be found at www.lecomptonterritorialdays.com