Like much of the world health and political issues, VSV in horses is a seemingly hourly changing dilemma.

Vesicular stomatitis virus already recognized by horse owners and much of the population as VSV is spreading throughout the Midwest.

Serious concerns about VSV have caused cancelation of a number of horse activities throughout the state.

“Several livestock event officials are requiring VSV testing before participating in shows,” Smith said. “We encourage all owners of horses and other livestock to continue to be vigilant.

“Monitor your animals for VSV symptoms and communicate with your veterinarian if you see anything of concern,” Smith emphasized. “The most effective way to slow the virus spread is limiting exposure to insects that are the primary source of infection.”

By definition, VSV is a viral disease which primarily affects horses. “But it can also infect cattle, sheep, goats, swine, llamas and other animals,” Smith clarified. “All confirmed cases of VSV in Kansas now are horses.

“However, some cattle have shown clinical signs while confirmatory laboratory results are pending,” Smith pointed out.

All premises with confirmed cases of VSV in horses have been quarantined. “In addition, any premises with animals showing clinical signs consistent with VSV are placed on quarantine,” Smith verified.

Quarantine for VSV lasts for at least 14 days from the onset of symptoms on the last animal on the premises. “Quarantines are not lifted until a veterinarian has examined all susceptible animals at that location,” Smith said.

In horses, VSV is typically characterized by crusting scabs on the muzzle, lips, ears, coronary bands, or ventral abdomen.

Other disease signs include fever and blister-like lesions in the mouth, tongue, lips, nostrils, ears, hooves and teats.

“Infected animals will be painful and may refuse to eat and drink, which can lead to weight loss,” Smith explained.

Most animals recover with supportive care by a veterinarian. Lesions usually heal in two or three weeks.

“Although it is rare, humans can also become infected when handling affected animals, and can develop flu-like symptoms,” Smith warned.

“The primary way the virus is transmitted is from biting insects like black flies, sand flies and midges,” Smith explained. “It can also be spread by nose-to-nose contact between animals.”

He encouraged horse owners to institute measures to reduce flies and other insects where animals are housed.

The virus itself usually runs its course in five to seven days. “However, it can take up to an additional seven days for the infected animal to recover from the symptoms,” Smith said.

“There are no approved vaccines for VSV,” the veterinarian informed.

KDA has developed guidelines to assist organizations which are hosting shows and fairs across the state. “We have worked with many show officials to consider how they can protect the health and safety of animals,” Smith advised.

Kansas was the fourth state in the United States to have confirmed cases of VSV this year. VSV has also been substantiated in Arizona, Nebraska, New Mexico and Texas.

Because of the confirmed cases in Kansas, other states and Canada are likely to increase restrictions on livestock imports.

Officials encourage livestock owners and veterinarians to call authorities at the destination for import requirements prior to travel.

Animal: Apply topical repellents and insecticides with the understanding that they aren’t equally effective on all insect species. Use protective horse wear such as fly sheets, leg wraps, fly masks, and ear nets. Reduce exposure to the parts of the horse’s body that biting insects favor most: belly, legs, flanks, hindquarters, and ears. 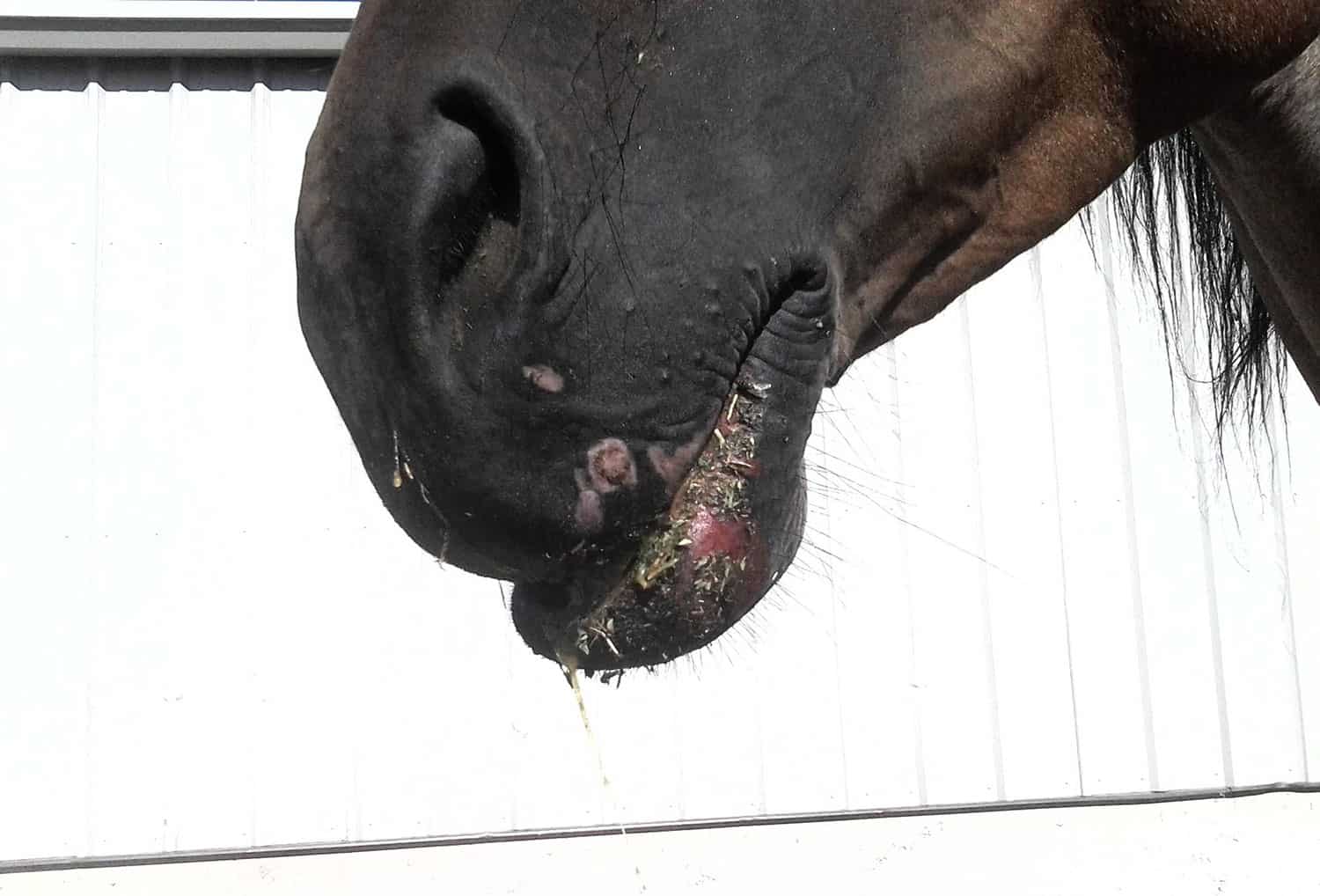