“I’m currently in Tulsa putting on the Paint Horse Congress, but I will try to touch base with you later.”

Serving as president of the American Paint Horse Association (APHA) keeps an Abilene horseman even busier on top of personal horse endeavors.

Yet, Casey West insisted, “I enjoy helping the APHA perhaps some payback for all its benefitted me throughout my lifetime.”

Visiting at the Paint Horse competition in Tulsa, Oklahoma, the Kansas horse leader’s optimism for the equine industry was apparent.

“Show entries are up this year,” West said. “That’s good especially for these trying times around the country.”

Pointing out that many horse events have been canceled, West said, “Paint Horse owners are excited to get back showing.”

Uncertain of participation totals, West said, “We sure have a bigger show and exhibitors from all over the country. It’s a five-day event with more horses coming in all of the time.”

West has been heavily involved with horses in diverse areas of participation since a youth.

“My grandma Wanda West got me started,” he appreciated. “She was the horse enthusiast in the family. Grandma developed a top horse operation with assistance from my grandpa Bill West, who was a prominent Abilene grocer.”

West Ranch LLC remains at the same location today while other West family members continue in the grocery business.

“I’d always spend the summer months at the ranch working with horses,” Casey remembered with a smile. “Grandma hauled me to shows around the state and throughout the country. She had a good time, enjoyed everything to do with horses, while it set the foundation for my lifetime profession.”

As a youth exhibitor, West exhibited many Paint Horse winners including world champions in addition to collecting highpoint state awards.

“I knew I wanted to be in the horse business for my career,” he admitted.

From standing ranch stallions, to raising colts for sale, to public training, West has had broad successes. “I now specialize in equine reproduction,” he explained. “I have a few broodmares of my own, but the main business is working for other Midwest stallion owners.”

Prominently demanded Quarter Horse and Paint Horse stallions are brought to West Ranch LLC for his services. “I collect stallions’ semen and ship it to mare owners throughout the United States for artificial insemination,” he explained. 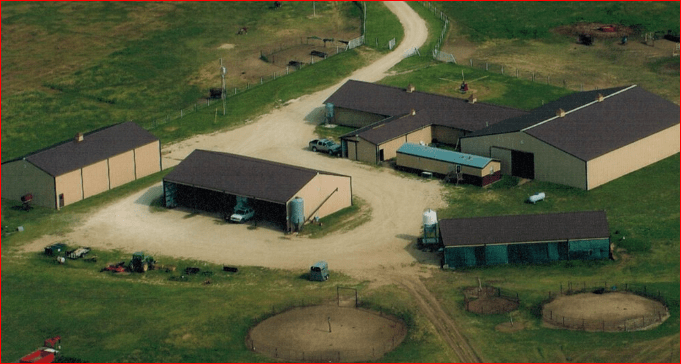 While one customer’s stallion remains at the Dickinson County operation year around, most horses just stay during breeding season. “That works out well for me,” West said. “Owners generally like to care for stallions at their own facilities most of the time.”

During his professional show career, West trained and exhibited a number of world champions in both APHA and Pinto competitions.

Serving as a leader of horse activities as a youth, West moved forward helping with the Kansas Paint Horse Association. “I became a director of that organization, before serving as president,” he said. “I’ve been the treasurer for 15 years.”

Statewide abilities expanded to the national level with West becoming an APHA director. “Then I served on the executive committee before my term now as president,” he continued.

“It is a big deal to partially repay the Paint Horse industry for all it has done for me,” West repeated. Just 42-years-old, he’s the youngest ever to serve at the APHA helm.

Some horse registries are struggling financially due to fewer shows, reduced breeding, lower registrations and declining transfers. Not so with the Paint Horse organization, according to West.

“APHA is actually in a good position now thanks to leadership foresight cutting expenses with some reorganization efforts,” he credited.

Horse industry future is bright, the energetic horseman insisted. “All of the health issues around the world have reduced demand now,” he admitted. “Horse ownership is generally a hobby so it’s understandable that people have to take care of personal family needs first.”

With some concern that other recreation areas might attract the public’s interest during stay-at-home orders, West remains optimistic.

“This Paint Horse Congress is a perfect example,” he said. “The increased participation here now in these unusual times verifies people still want to be involved in horse activities.”

As would be expected, West is prejudice about the horse breed he serves first. “Paint Horses are very popular first for their flashy coloring but equally important the genial temperament and versatility,” he said. “They suit riders and owners of all experience levels excelling in equestrian sports, as working horses and for general riding.

Paint Horse family tradition has carried through to West’s son Colten, 14. “He is successfully showing now and does horseback ranch work at his grandparents in Concordia,” West said.

The younger horseman is already a Paint Horse leader too working alongside his dad at the big show in Tulsa.