“He’s a jack of all trades cowboy and much more.”

While there’s truth to the description, the talented Scott City man is much more. Actually, it’s such a long list likely impossible to name them all.

So how should he really be referred to? Let’s call him Allen, nothing more personal than one’s own name. 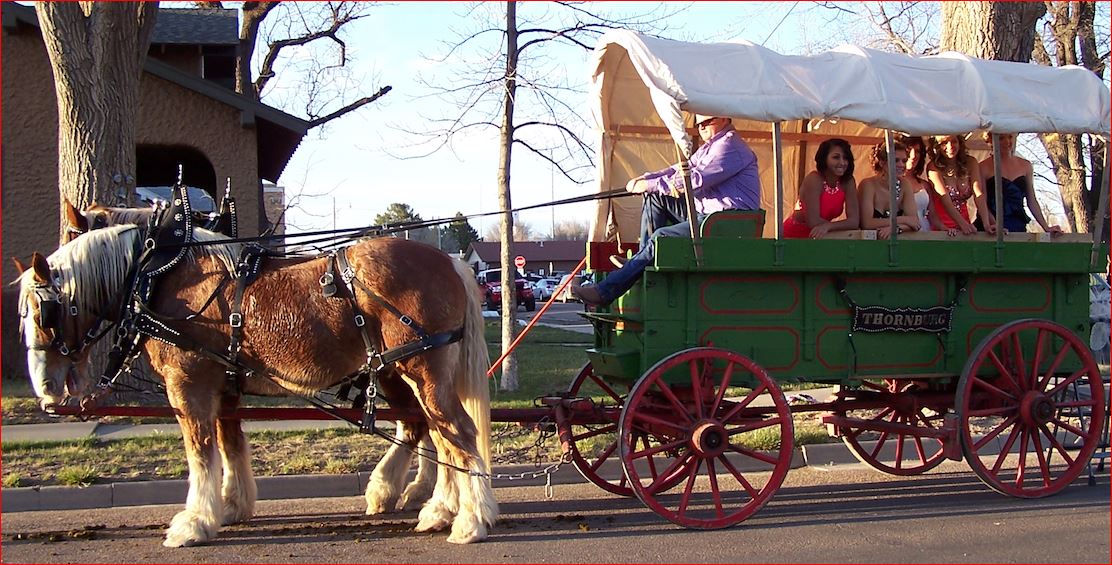 A teacher by profession, Allen is likely best known throughout the Midwest for Thornburg Leather. “I have a leather shop in my garage which keeps me busy after school,” he admitted.

No pun intended, but it’s almost “easy to get the cart before the horse,” when relating Allen’s story.

“I grew up on a farming-ranching operation at Utica, still have cattle there to care for every weekend,” Allen said. “We worked cattle with Quarter Horses, but also had driving horses with horse drawn farm equipment and parade carriages.”

As a youth, Allen did much of the horse training. “Most of our horses were harnessed and broke to drive pulling a vehicle as yearlings. That generally helped make the horses easier to train for riding as they got older,” he remembered.

Interest in leather work came from experiences with horses, but Allen was also very diversified talented. “I always liked to build things too, working with my hands and wood,” he said.

“I really wanted to be a cowboy, but the pay didn’t seem like it was always that good,’’ Allen continued. “So, I became a teacher, not that it’s the highest wages, but with the leather work and farming averages out.”

Before settling in Scott County the past 18 years, Allen taught at Burr Oak, Lindsborg and Dighton.

“It’s about 50 miles to the farm in Ness County, where I have about 90 spring calving cows,” he said. My uncle, 87, and my mom, 83, look after them during the week. I also hire some younger help especially when we have to work cattle through the chutes.”

His wife Julia originated from Hays and taught elementary school, but now is a librarian at Garden City. “We have two grown daughters out of college and living at Kansas City. One is married and the other engaged, no grandchildren,” Allen said. “Our daughters haven’t had that much interest in the ranch or leather business, maybe their kids will.”

From the “old school” of teachers, Allen gets around early, about 5:30, to prepare for classes. “Then when school’s out, about 4 o’clock, or so, I get home to work in the leather shop,” he said. “Sometimes it gets pretty late before I quit, depends on what I’m doing.”

There’s really no specialization in Allen’s leather shop. “I do a lot of saddle and equipment repair for the cowboys at the area feedlots,” he said. “More chaps, chinks, bridles, custom tack, leather accessories to fit the working cowboy or buckaroo.”

Through the years Allen’s made a number of saddles as well as single and team driving harnesses. “I haven’t done too much of that recently,” Allen said. “However, I can duplicate nearly everything and make about any special project somebody wants.”

He’s found a certain demand for Angora chaps, especially by old time cowboy reenactors. “Finding the goat hides in the spring is more than some chap makers want to undertake,” Allen noted. “Actually there aren’t many around these areas who work that much with leather, which is good for my business.”

With seven sewing machines, including three “old Singers,” Allen sometimes has a hard time finding parts for them. “I still have a full line of basic hand tools I’ve pieced together,” he said.  “I often have to do a lot of hand stitching certain projects.

“I’ve worked some with rawhide braiding and took a course to make silver tack. I may learn how to make boots, too.”

Not only a leather craftsman-repairmen Allen is a collector. “I have large collections of both spurs and bits, even sleigh bells, and conchos, all identified and displayed.

“Plus, a number of high back saddles which were common back at the turn of last century,” he said. “It’s enjoyable figuring out who made the saddles and then restoring them.”

Horse drawn vehicles are close to the collector’s heart as well. “I have lumber wagons, surreys, sleighs, and more,” Allen said. “I started restoration on a horse drawn hearse, but sold it before I was finished. I have the framework to build another hearse when I get around to it.”

One of his favorite vehicles is an undercut grain wagon. “It was hanging from the ceiling in an eating establishment,” Allen said. “When they took the wagon down, I bought it, and come to find out the wagon was made by Minneapolis-Moline.”

Several horse vehicles are in restoration phases. “I try to keep them inside, protected from the weather, rodents and the like,” Allen said.

Becoming an obsolete occupation, wheelwright is another of Allen’s talents. “I can make spoked wooden wheels for about any horse drawn vehicles there is,” he verified.

“I only have two riding horses now,” Allen noted, “but they could likely be trained for driving too.”

With his carpentry skills, Allen has done a number of woodworking, construction and restoration projects.

“I’ve worked on a big barn built from a Sears-Roebuck package kit in the early 1900s,” he said. “We’ve tried to keep it as original as possible, but there have been some renovations.” That kept the barn from being designated a registered historical landmark.

“I still want to be a cowboy, move to the ranch, expand the cowherd, ride and drive more,” Allen said. “There probably isn’t as much demand for leather work at Utica. But there’ll be enough with all of my own saddles, horse drawn vehicles, other collections and restorations.”

At 56, still a few years from retirement, Allen looks toward that day being fulltime rancher-cowboy and leather worker. “I have plenty of projects to keep me busy,” the school teacher said.