The U.S. Department of Agriculture (USDA) program as relief for loses during the trade war with China spent unprecedented money.

However, the “hand-outs” bypassed Congressional approval, and it wasn’t verified that checks went to eligible farmers, investigative reporters have found.

The Market Facilitation Program (MFP) doled out more than $23 billion. “That’s more than all other USDA direct payment subsidies combined over the duration of the MFP,” according to Successful Farming writers. 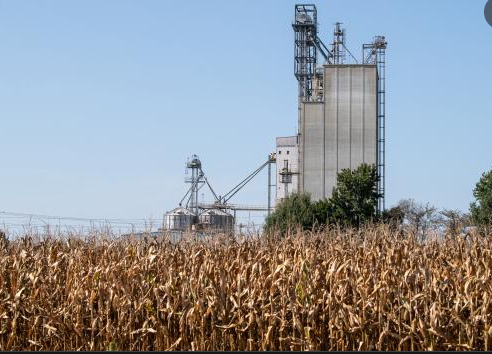 However, USDA failed to make sure the money was going to the farmers who needed it, according to the Government Accountability Office (GAO).

Over the course of the MFP, USDA’s internal auditors found the agency sent more than $800 million to farms “improperly.” Many recipients didn’t qualify for aid, investigators insist.

The government-owned entity had never before funded such a single, large-scale program at the Secretary of Agriculture’s discretion.

Unlike most farm subsidies in the Farm Bill, discretionary CCC-funded programs can be designed quickly and administered by USDA making them more flexible.

“But that flexibility came with side effects,” investigators found. “It opened the door for industry groups to lobby USDA directly which they did so with much success.”

USDA has been criticized for the program’s design. “The agency used an ‘inappropriately high’ baseline calculating payments, distributed unequal payments for producing the same crop, and lacked transparency.”

Meanwhile, at least $163 million went to high-income farms and individuals making more than $900,000 per year.

“The MFP was a $23 billion program. So, it’s a lot of money to go to about a half a million farmers,” said Steve Morris, GAO director of natural resources.

“In terms of the USDA oversight, we found that the way they conducted their oversight had a lot of limitations,” Morris said.

MFP began as a one-time assistance program in 2018 addressing negative effects of retaliatory tariffs on American agricultural products levied by China and others.

But in the summer of 2019, as the trade war continued, USDA initiated a second round of MFP payments with different eligibility criteria and payment rates.

Lobbyists and industry groups helped decide some of those changes, especially who would benefit from the second round of funds, according to USDA.

Some policy experts say it created an expectation among farmers for more government help in the future.

“I think, without a doubt, this has set an expectation that whenever there are bumps in the road, that the USDA will automatically trigger out payments in one form or another,” said Johnathan Coppess, University of Illinois economist.

For example, public spreadsheets don’t specify which crop a farmer received a payment for. They also don’t include the physical address of the farm, only the address to which the payment was sent.

Still, the Farm Production and Conservation Business Center estimated that nearly $800 million in taxpayer funds were improperly paid out through MFP.

After the second round of MFP, USDA effectively stopped spot-checking payments, turning its attention towards the Coronavirus Food Assistance Program.

Payment rates for each crop in the second round of the program resulted in payments to farmers higher than the estimated trade damages for that particular crop. The issue stemmed from USDA using an inflated “baseline” value.

To determine trade damages, USDA used an established economic model to estimate how exports for each agricultural commodity would be impacted by tariffs. This analysis produced a percentage decline for each crop; then, USDA multiplied that percentage by the baseline.

In the first year of the program, GAO concluded the baseline, the value of the goods imported by the retaliating country in 2017, was justified.

For example, in 2017, China imported U.S. sorghum valued at a baseline of $956 million. USDA estimated that once retaliatory tariffs were imposed, U.S. sorghum exports to China would drop by approximately $314 million in 2018.

USDA then divided the total trade damages by the total production of sorghum in 2017, resulting in damages of $0.86 per bushel.

In the second year of the program, USDA looked at the previous decade of crop exports and chose the highest trade value each crop had during that time period.

The baseline value USDA used to estimate the impact of Chinese and European Union tariffs on corn combined the highest value of corn exports from those countries from different years.

“As a result, USDA increased its 2019 trade damage estimates in a manner that was not transparent to decision makers and the public.”

The baseline trade damage wasn’t the only departure in methodology between the first and second versions of the program.

For 2019, USDA made other changes to the way it disbursed the MFP money, including basing payments not on the crop produced, but instead on the geographic location of the acres planted.

With the current Farm Bill expiring in September 2023, lawmakers could choose to make changes to increase transparency and oversight of future farm aid programs.

“Cracking down on this in the next Farm Bill would be really great,” farm news investigators encourage. “That would make sure that the money is only going to people who actually farm instead of people who are farming the system.”