“This was the 20th anniversary induction with permanent displays at the museum on Front Street,” said Lyne Johnson, executive director. 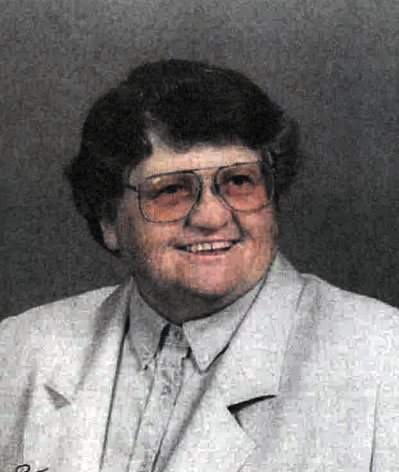 Born at Emmett, Kansas, to Matthew and Bernice Rezac, February 17, 1935, Rosie was raised on a farm near Onaga. She did all farm chores milking cows, slopping hogs, pulling calves, and driving tractors.

Developing an early fondness for riding horses, Rosie helped area cattlemen with ranch work. As a member of the Pottawatomie County 4-H club member, she competed in horseshows “the faster the event, the better.”

Rosie’s talent for training horses became known throughout the area. She was a farrier shoeing horses for prominent working ranchers.

After high school graduation, Rosie worked her way through college earning both bachelor and master’s degrees in education.

On May 5, 1966, Rosie married successful farmer and rancher Earl Clymer at Kelso, Kansas. They were a powerful team until Earl’s death August 29, 1974.

Strong in faith, Rosie was a lay minister, dressing to play the role of 19th century circuit rider.

On November 4, 2000, Rosie Clymer died at her ranch in rural Morris County.

“If anyone could herd chickens down the road horseback and keep them between fences, Van Haines could.”

Van E. Haines was born to Herbert A. and Anna Pearl (Hanger) Haines, April 28, 1907, at Pontiac, Kansas. Raised on a nearby homestead, Van worked with horses and cattle.

By adulthood, Van knew most of the cowboy skills and competed in rodeo saddle bronc riding. Marrying Dottie Helen Daniel in 1934 at Rosalia, the couple often lived in homes without electricity and running water so Van could manage cattle operations on horseback.

Van earned the respect of area ranchers for his ability to quietly handle all responsibilities of a working cowboy. He had a knack for crafting much of his own gear.

Sons Gerald and Richard rode with Van checking cattle, fixing fence, roundups, and were proficient doctoring cattle. Highlights were receiving cattle from railroad pens, trailing them to pasture, and driving cattle back for shipping to market.

His last assignment was as manager of the Gano Ranch near Ordway, Colorado, owned by Hobart, also Satchel Creek Ranch owner. 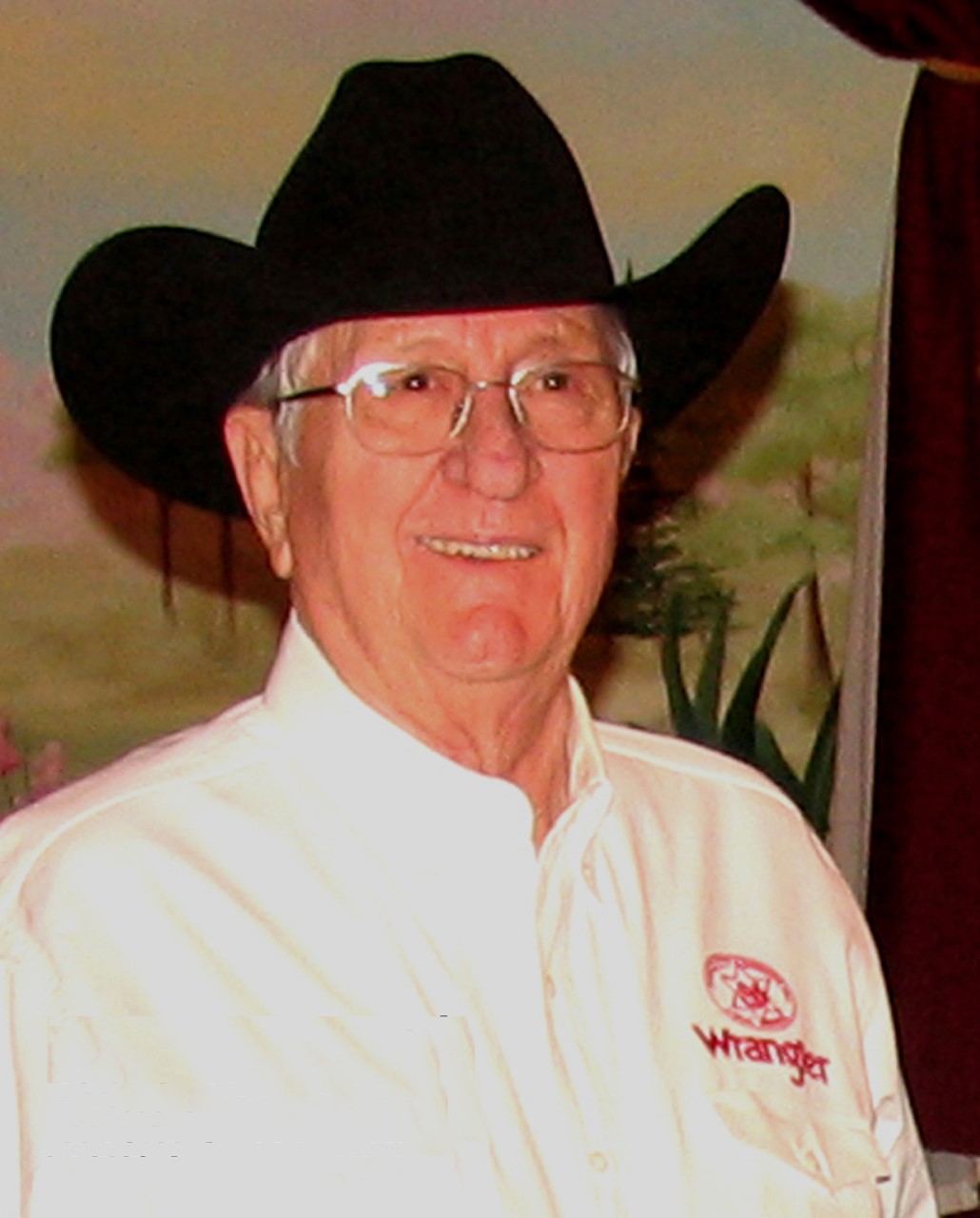 “Let George do it,” people said when they wanted something done.

George Henrichs was born to George R. and Sylvia H. Henrichs at Miller, South Dakota, February 3, 1929. He grew up in Phillipsburg, graduating from high school there.

On August 21, 1949, George married Norva Jeanne Wolfe, and they had three sons, Kent, Kelly, and Kirk.

Graduating from Kansas State University, he served in the Army 1954 to 1956. Working for Montgomery Wards, George transferred to Dodge City, where his cowboy history work began.

George and Norva Jeanne purchased the Silver Spur Lodge in 1977, becoming leaders in travel and tourism. Founder of the Travel Industry Association of Kansas, George was on the Kansas Highway Commission

His vision of bringing gaming to Dodge City brought revenues helping Boot Hill Museum grow. Active leader in the Methodist Church, George sang in the choir and at charity events.

On May 4, 2008, George Henrichs passed away joining Norva Jeanne, who died earlier leaving behind his sons, five grandchildren, and three great granddaughters. 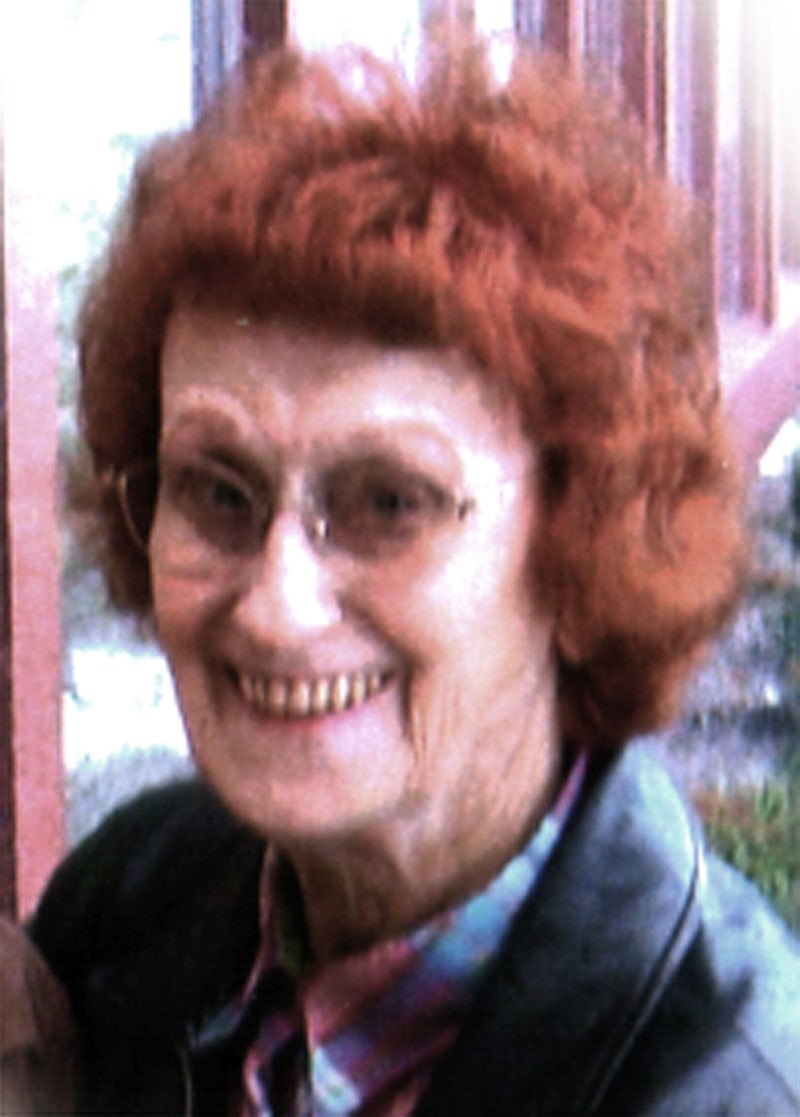 “It was a thrill square dancing on our white horses with Roy Rogers calling the movie dance,” exclaimed Arlene LaMar.

Arlene Delores Petrowsky was born, the youngest of 11 children, to William and Margaret near Kingsdown, August 18, 1928. She began riding at five and attended rodeos determined to be a trick rider.

She was joined at the Stoddard Ranch by Donna Rosium who rode for the White Horse Ranch, Naper, Nebraska. They learned roman riding standing on two or more horses with each foot on a different horse.

First show was at Jordon Valley, Oregon, and they went on to Winnemucca, Nevada. Arlene fell off her horse when it spooked, got back on, and continued her trick riding act.

Arlene relocated to the Broken Arrow Ranch in Hollywood where she met Roy Rogers. He gave her a part in the movie “Heart of the Rockies,” where Arlen square danced on her white horse.

After divorcing, Arlene changed her last name to LaMar, inspired by a television ad. Arlene worked for the Love Box Company until three years before passing Christmas day, 2017, in Kansas City. 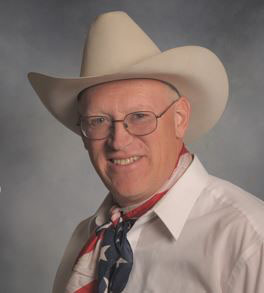 “Cowboy poetry looks at those misadventures of life with tongue in cheek and finding humor in it,” Ron Wilson insists.

Poet “Lariat” Ron Wilson was born in Manhattan, October 18, 1955, to W. John and Glenna Wilson. He grew up on the Lazy T Ranch, where he and his family still work and live today.

As a young man, Ron was active in 4-H and Future Farmers of America (FFA). He was 4-H president and on the state winning livestock judging team. Ron served as Manhattan chapter and Kansas FFA president, and as national central region FFA vice president.

Ron was official spokesperson for the National Day of the Cowboy and ambassador for the National Multicultural Western Heritage Museum. He has performed at the National Cowboy Poetry Gathering and is the only cowboy poet performing at a Kansas governor’s inauguration.