Been in the making for a time, but most stuff is done, and it’s ready for action.

“The Jackson County Fair Association and numerous volunteers have been hard at work, and this year’s edition of the Jackson County Fair, July 24, through August 1, is set for the new Northeast Kansas Heritage Complex,  south of Holton at 12200 214th Road, actually just west of Highway 75, on 214th,” announced Deb Dillner, enthusiastic official of the sponsoring group. 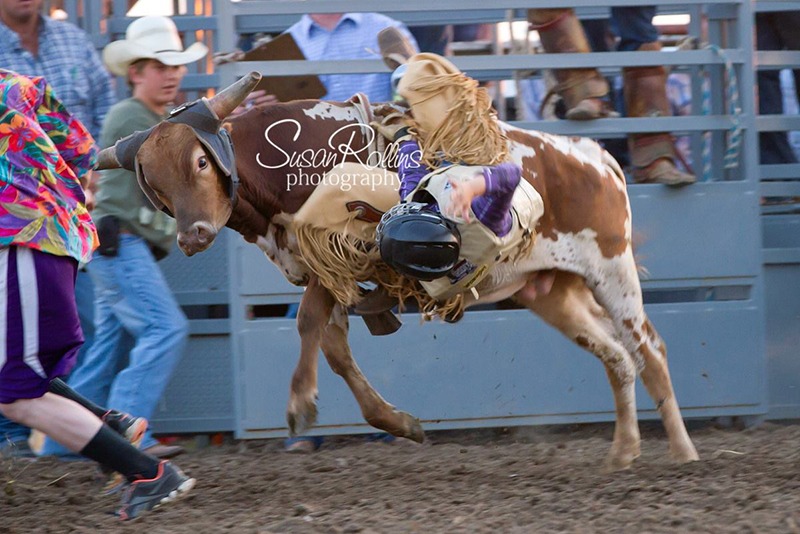 Fair activities actually kick off with the fifth annual Jackson County Rodeo, this Friday and Saturday evenings, July 24th and 25th, beginning at 7:30, but gates open at 6 o’clock, so everybody can get in the full swing of the Western spirit.

“Always a special feature of our rodeo is the events for the kiddos, and we’ve been getting all kinds of interest for entries in the mutton busting and mini bull riding,” Dillner noted.

“It’s worth the evening out just to watch the little cowboys and cowgirls, let alone all of the rest. So, grab your hat, and put on your spurs, or just come as you are, but let’s rodeo at Holton this weekend,” invited Dillner, noting concessions will be available.

Traditional fair events from baking to most species of livestock to flowers, sewing and everything in between, before and after, will be Monday, July 27, through Friday, July 31, with the smell of new facilities all around as fair goers of every caliber and age range will want to be there.

“Advance parade entries promise floats, horses, music and whatever you might want to imagine, so don’t you dare miss the fair parade. Bring your own entry if you’d like, or just your lawn chair, and a cool one to enjoy the show. But, get there early for the best seat along the route, your choice,” Dillner said.

Most folks think it can be a fair without carnival barkers, games and rides, so the Midway of the new facilities for the Jackson County Fair this year will feature Toby’s Carnival, Monday evening, July 27, through Saturday night, Aug. 1.

As if all this wasn’t more action, than ever anticipated, this year’s Jackson County Fair will climax with Great Plains Wrestling (GPW), Friday evening, July 31. Gates open at 6 o’clock, for admirers of the wrestlers, and bell tolls at 7 o’clock to start the live professional wrestling.

For those following such sports, “highlight wrestlers” are said to include Brandon Bennett, Devon Scott, JC Thunder and The Bigg Dogg.

“New tag team champions, the Dem King Boys, will have their first title defense, and there’ll be much more live action and excitement than you might imagine,” Dillner promised.

All details about the week-plus Jackson County Fair festivities, July 24, through August 1, at the all new Northeast Kansas Heritage Complex, south of Holton on Highway 75, and just west on 214 Road, can be found on their Facebook page.